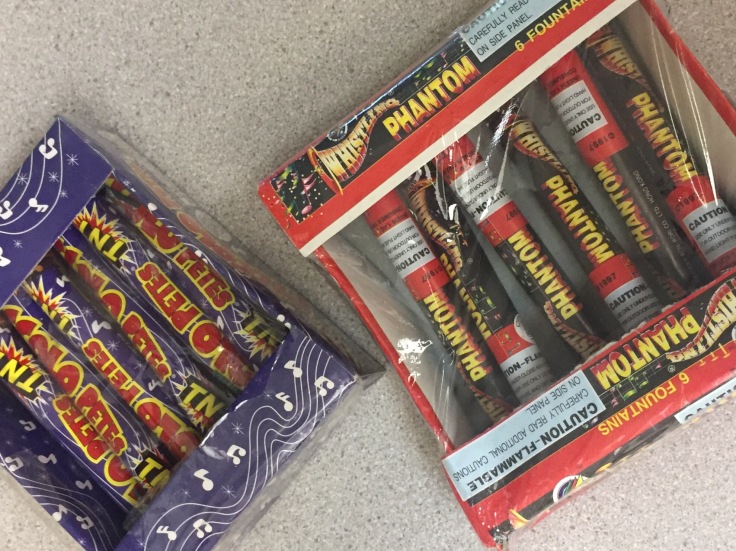 There is no better fire work than the Piccolo Pete, or it’s rip off the Whistling Phantom. I’m pretty sure one of these two was a staple of your childhood. Unless your parents sheltered you, in which the morning glory sparkler was as close as you could get to fireworks.

The Piccolo Pete is definitely the better of the two. Not based on performance (although it did always seem that Pete had more power) but strictly because the name and box were by far better quality. So from here on out the firework will be referred to as Pete.

Yes the Pete was truly an amazing design. Not only did they just flat out scream and piss off the old people but you could smash the center off them, wrap them in duct tape, light them and wait for the explosion. My friends and I would smash, wrap, light and then drop them down the opening on man holes. Although I now do not recommend doing that, it was awesome. Some of the guys would ride their bikes blocks away to see how far the sound would travel. After a few years of doing that we start doing the 2-liter bottle bomb. Another staple in most kids firework childhood. Take an empty 2-liter. Remove cap and poke a hole in the lid. Remove fuse from Pete and install into cap. Then remove contents from Pete and put inside a baggy that you put in at the top of the bottle. Screw the cap back on and wha-la, 2-liter bomb. Since we couldn’t put a 2-liter down the man hole opening, we would remove the gutter grate, light the fuse and throw the bottle down the piping. Talk about an explosion.

Lucky nothing bad every happened to us kids or the sewer systems but man did we make some memories. I know I pretty much just detailed how to make a bomb but just know I no longer condone making these things. But only because I can’t run as fast anymore. Be careful out there today. Happy Independence Day!